How I Made It: Nik Govier, Founder and CEO, Blurred

How I Made It featuring Nik Govier at Blurred

Hanson Search steps inside the world of Blurred PR to interview Founder and CEO Nik Govier for its inspiring career series. Nik shares her career journey, advice to her 20-year-old self, and thoughts on improving diversity in the workplace. 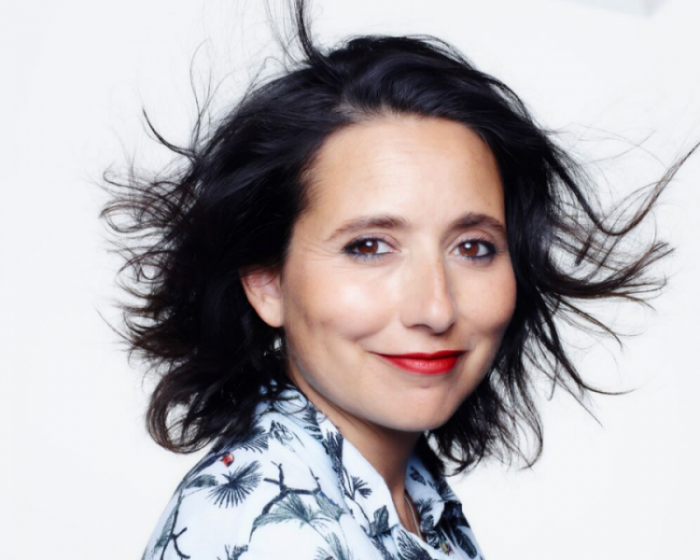 How did you get into marketing and communications?

I wanted to move to London and I felt that being in communications would suit me, but I didn’t exactly know what it was at that time. It was really tough to get a job back then and the first job I got was as a tour guide at Madame Tussauds. Because I worked in tourism, my days off fell during the week so I offered that time for free to the comms department of Madame Tussauds.

I immediately loved the work and the Head of Comms there was so encouraging. From there I got some experience and eventually got a job as an Account Assistant at Ketchum.

There are loads of brilliant people within the industry who I hang out with regularly. The people who inspire me the most these days are often a good 10-20 years younger than me. There’s this amazing guy called Chris Godfrey who did the egg that broke the internet - he’s done a number of brilliant things.

I meet some amazing young creatives who inspire me and give me huge energy, there’s nothing holding them back.

What’s the biggest challenge that you’ve overcome in your career to date?

Leaving Unity. To walk away from something which you’ve built with your own bare hands alongside someone you care deeply about and to then decide for varying reasons that it’s not your future is a really hard thing to do. There’s nothing within me that regrets it, but to take me to that precipice where I walked away from something that I’d launched and nurtured for 12 years was the hardest thing I’ve ever done – also for my identity.

What made you take the plunge?

I was really proud of what we had achieved at Unity but knew I felt ready to do something different, even though at the time I didn’t quite know what that would be. I was an entirely different person to the one I was when I started Unity and I felt I needed to start something new. I took time to explore what a new future might look like before I made my decision, and from there the excitement of that next journey overtook.

What career advice would you give to your 20-year-old self?

It’s the same advice that I’d give my nine-year-old daughter, which is to grab every opportunity. Have every conversation, meet every person, say yes to things that might scare you and just do it, because you never know where life is going to take you, which is incredibly exciting. Embrace everything that life has got to give you and keep every door open, so you then know which one you want to go through.

What are the biggest changes that you’ve seen in the industry?

I’ve been in the industry for 23 years, and I’ve seen so much change during that time. I remember in my first ever job that there wasn’t email or internet or social media. In 2005/6 when Facebook took off, things really began to change. More recently, the fact that anyone can do anything and has the means at their fingertips to get their message out there is hugely inspiring to me. The pace of change within the last two to three years has been faster than it was over the whole of the last 20-30 years – and it’s so exciting.

How can businesses improve diversity in the workplace?

You’ve got to be purposeful about it and not just hope it happens. We have actively sought a properly diverse team and in that we count attitude; we don’t want everybody to have the same opinions and we need people to bring different perspectives. We’re also completely open when it comes to what many would class as disabilities – I, for example, am dyslexic and I see it as an advantage because I see things differently. Greta Thunberg is a current example of how much someone with autism can achieve and how much potential there is in hiring people who see the world in a different way to others.

What qualities does it take to be a successful leader in the marketing and communications industry today?

Gone are the days when experience is everything, so you’ve got to listen.

Good leadership is marrying people’s individual strengths and knowing where you’re needed but also where you need to leave others to own that space. I love it when I’m taught something new by someone twenty years younger. You’ve got to be fully conscious of the skills which other people bring to the table and embrace them.

There’s much debate around the future of work and the needs of a team – what is the key to the growth of a successful team?

It’s important to understand that people are entire human beings with a home life and problems and issues outside of work, be that mental health issues, or juggling childcare, or something else. By letting people be who they are and supporting them as much as possible they’re able to do their jobs better and you also get to see them as their whole selves. At Blurred, all full-time employees get coached by one of the best in the business fortnightly.  The effect is phenomenal.

What do you think is the biggest challenge that the industry will face over the next few years?

In terms of the industry, it’s ascertaining where our place now is within the marketing mix and dealing with an ever more sophisticated and cynical audience. Everything is so blurred, but what we always say to our clients is that the confusion is where the opportunity lies, so you can either lean in and embrace it or choose to be scared by it. I’m constantly conscious of asking the question, ‘what’s next?’ Agencies and consultancies that don’t change and adapt will be the ones left behind – we have to evolve as the world evolves.

What piece of technology, other than your mobile phone, could you not live without?

Do contact lenses count? Being able to see ALL the time, even without my glasses, is literally mind-blowing!

Related: How I Made It: Annalise Coady, Group President EMEA, W2O

Related: The changing landscape of Internal Communications: highlights from our webinar

On Wednesday 3rd June 2020, Hanson Search CEO Alice Weightman and Senior Consultant Jenny Waters hosted a webinar discussing the impact that COVID-19 has had on the perception of internal communications and the importance of effective communications by the C-suite.

Related: The long road back to somewhere we have never been

Since the onset of the Corona virus pandemic and the introduction of lockdown, the majority of conversations I’ve had have centred around ‘the route back’ – when it might happen and what it could look like. Below is my two-pennies worth on the topic.