'How we made it' featuring Lynda Redington and Nichola Mughal, Another Word

‘How we made it’ - Lynda Redington and Nichola Mughal, Another Word

After establishing their careers in big agencies and spending eight years working together, Lynda and Nichola started Another Word, a purpose driven PR agency. Soon after launching the agency established a client roster of blue chip brands and began amassing a collection of industry awards for its campaigns and its agency model.

How did you get into the communications industry?

Nichola: I got into the industry through a recommendation from a friend.  I didn’t know a huge amount about PR but she put me forward for an entry-level position, and I loved it from day one. I thought it was so interesting, even though at that point I was probably doing some of the least interesting work I’ve ever done!  I was fascinated by the dynamic between PR and journalists and liked the hustle of finding stories they’d be interested in.

Lynda: My trajectory was similar in that I graduated and didn’t know what I wanted to do - somebody suggested I’d be good at PR so off I went and got a PR diploma and then secured a job pretty much immediately. I worked in-house initially and then moved to an agency in Ireland on the financial comms side. Two and a half years later, I decided to move to England and joined Lexis PR. I had a brilliant time there as the business was experiencing a tremendous growth trajectory. I joined as the third member of the corporate team; there was loads of responsibility and accountability and access to new ways of thinking. It was such a fun time but also career-establishing in terms of the work and the client accounts. 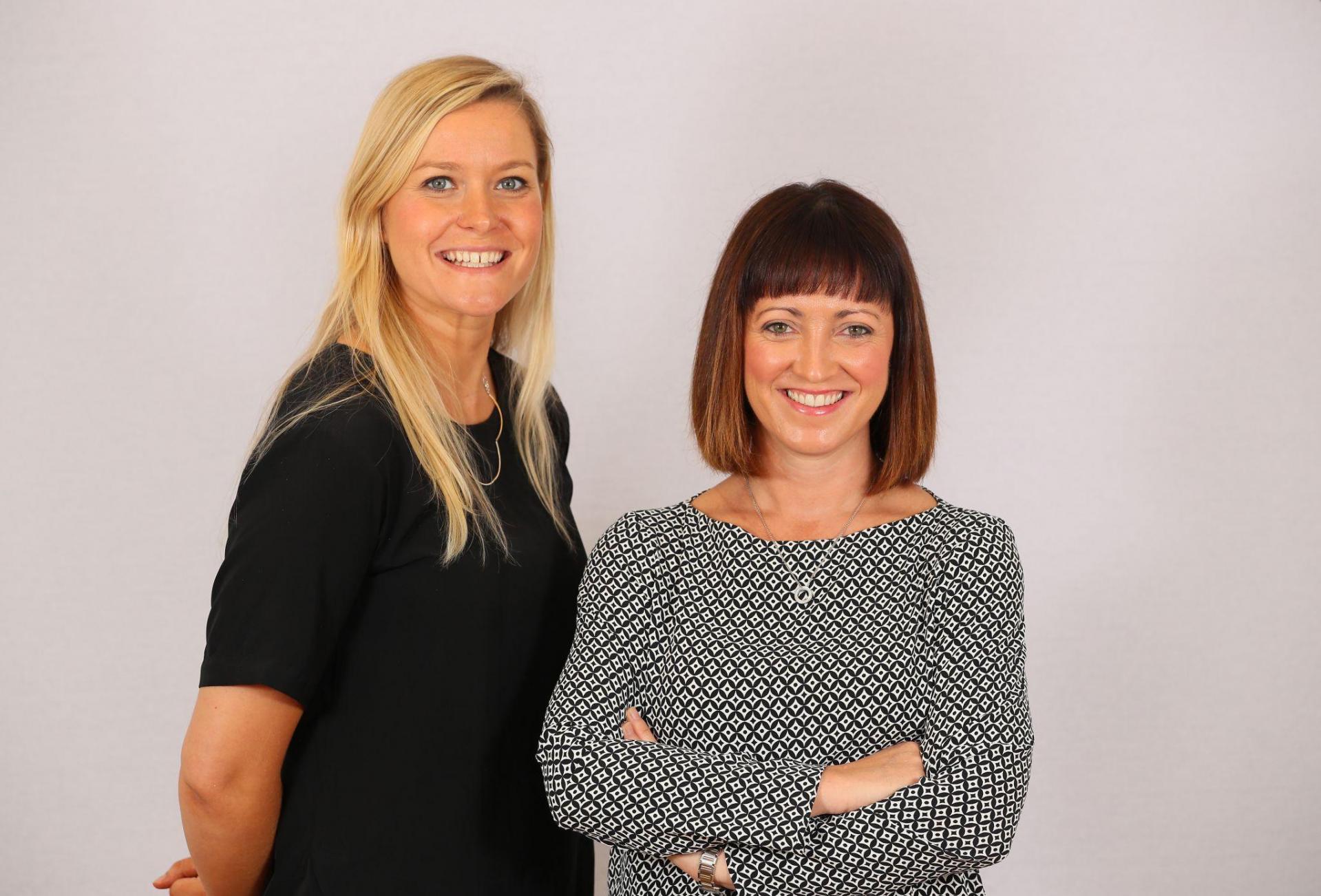 How do each of you stay sane on those crazy days?

Lynda: I have no strict routine, so on those crazy days it’s important to get through things as efficiently as possible. Keeping the quality as high as you can and having good intelligent people to bounce ideas off and vent to works well. Nichola is a really good sounding board.

Nichola: The crazy days are often the most productive. I definitely work better when I’m busy; I think we both do.  It helps you focus on delivering what is important rather than doing stuff that doesn’t really matter to the client.

Do you, or did either of you, have a mentor?

Nichola: For me it’s definitely Lynda. I’ve worked with her for over 10 years now; she hired me and was very much a coach and mentor in our previous agency. While the dynamic has obviously evolved as we have built our business together, that aspect of our relationship hasn’t changed and I still go to her for advice.

Lynda: I feel very much the same way about Nichola. Over and above, I think when you’re in a small business you can fall into a trap of becoming quite insular so we do have outside mentors. These are people who have established their own agencies so they know our path and the frustrations and jubilations we’re experiencing. We also have a non-executive advisor to the business who we meet on a regular basis and who helps us have that external perspective and get the extra checks and balances in place.

What three words best describe you as communicators?

With the knowledge you both have now, what career advice would you give your 20-year-old selfs?

Lynda: Try to give yourself exposure to as much as possible before defining the path you want your career to go down. Don’t wait to be asked, volunteer yourself. Don’t be pigeonholed too early and try your best to soak up knowledge like a sponge.

As female leaders, tell me about your experiences of getting to the top. Are there any obstacles you’ve had to overcome?

Lynda: Talking frankly we’re in an industry that is female dominated but with lots of men in senior leadership positions – this can be challenging, especially in terms of the equality of boards. However, I firmly believe that experience and ability do rise to the top and so I have always just focussed on delivering professionally as best I could. Luckily the environments I’ve worked in were not overly political so there was an opportunity to do that, and I’ve taken inspiration along the way from both strong female and male characters.

Nichola: There is an entrenched way of working in the industry; a culture of presenteeism which is unfortunately causing a loss of women when they go off to have families and then struggle to work long traditional hours. As a result, we’re losing talented people who are switching to freelance because that is the only way they can get the flexibility they need to earn a living and look after a family. It’s sad and unprogressive. We’ve been conscious of moving away from that as a business, which we hope encourages women to stay with us and progress while still having their own lives.

What would you do to improve diversity in the industry?

Nichola: The industry needs to open more. We have a massive problem with under paying at a junior level meaning only people from privileged backgrounds can step into entry-level roles or internships. It creates insular environments and when we operate like that – particularly in London - we can’t serve our clients well, so it needs to change.

We also need to encourage people who are outside this bubble to consider the industry and make it known that PR is a career that is open to all.

What are the pieces of technology that the business cannot do without?

Lynda: Laptops and smartphones which allow us to work flexibly, and of course the company WhatsApp group!