How I Made It: Tony Langham, CEO & Co-Founder, Lansons

How I Made It featuring Tony Langham, CEO and co-founder at Lansons

Hanson Search steps inside the world of Lansons [Reputation Management Specialists] to interview CEO and co-founder Tony Langham for its inspiring career series. Tony shares his career journey, advice to his 20-year-old self, and explains why reputation management is the future of corporate communications. 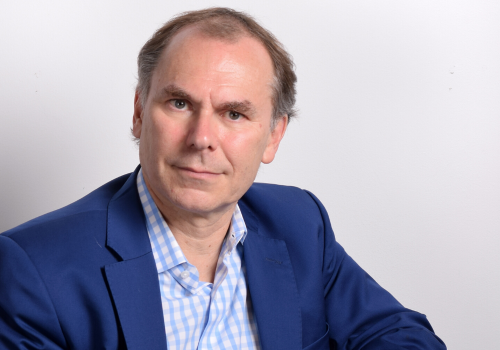 How did you get into the communications industry?

I knew I wanted to work in marketing and applied for lots of different types of jobs. I got a graduate traineeship with what was then called MORI, a market research company, which is now Ipsos MORI.

I wanted to be a social political market researcher, and when I got to MORI I worked on the 1983 election where the Labour party and Michael Foot were clients. I worked on the project which turned into the privatisation of British Telecom - the government wanted to be 100% sure that people would buy shares if they privatised BT and so we interviewed lots of different types of people to work out how they would do that.

The lead consultancy on the privatisations was a company called Dewe Rogerson, who headhunted my boss Cary Martin to set up a research company and I went with him along with Kevin Soady. Once we’d made the research company a success, Kevin moved to work in international and corporate communications and I worked on domestic UK communications. I focused on financial services because I’d met Clare (Clare Parsons – the other co-founder of Lansons), who was one of the main stars of the financial services team there, and we decided to build a business together.

Was it an easier time to set up a communications agency back then?

There were recessions in those times and the industry was smaller, so people were sometimes out of work which seems less of an issue now. It wasn’t any easier setting up a company, but what was different was that everyone had a property by the age of 25, which then made funding the company easier.

Setting up the company was the same – you just have to do it and know that it doesn’t matter if it goes wrong. The only thing that has changed is procurement which stopped lots of big companies using small agencies.

One thing we did here was to incubate the ideas and creative agency, Hope and Glory (which Lansons owns 25% of), and in their early years they benefited from Lansons’ track record to get new clients when they were a new agency – you do need a bit of extra help nowadays.

As you come up to Lansons’ 30th anniversary, what has been the hardest part of running the business?

The hardest thing when running your own company is redundancies. We’ve only had two very small redundancy programmes during the recession around the dotcom crash in 2000 and the financial banking crash in 2008/9. Lansons was almost 95% financial services in 2008, and we dropped 15-20% of revenue in the space of a year between 2009 and 2010.

Running the business and developing the right set of skills for clients now is the hardest part – and also the most exciting – because clients want an integrated service. The number of specialists and the number of skills we need is greater than it has ever been.

Have you had a mentor or someone you’ve looked up to over the years?

I learned lots from Bob Worcester who came to the UK from America in 1969 and set up MORI when there wasn’t really a market research industry here. He taught me how to run a business and to ‘never go to a conference unless you’re speaking at it’ amongst other things!

Tony Carlisle at Dewe Rogerson taught me how to have a focus of purpose. My real mentor has been Clare who has always been the person who can say, ‘you messed that up’, or ‘smile more when you speak’ – things that other people can’t always say.

What career advice would you give your 20-year-old self?

Both Clare and I came to London from different backgrounds without a single contact and we built our network from nothing. It would have been better to be less single-minded and still be the person I am now – but I don’t think that would have been possible.

I would say go for it and listen to everybody but make your own decisions.

What are the biggest changes you’ve seen in the industry lately?

Reputation is about performance and behaviour, so the best of us must be advising our clients on what they do, not just how they communicate. That’s the change that is happening and which I hope will continue happening.

What are the key qualities you need to be a leader in the communications industry today?

It’s clearly a people business and you have to be able to manage and work alongside people. From the start we had Lansons as a flat structure business with lots of senior people. It was a partnership from the start, and it remains an LLP now. You need to be able to exist in a world where you are the leader, but other people can be better than you and lead in other ways.

As a leader you need to be able to speak to people about the things that matter, and I’m open about the things I believe in politically. I also think that everyone has a right to comment on or question the business that they work for and ask for something to be reviewed – leaders should understand that that’s important.

What’s the biggest challenge that the industry will face in 2020 and beyond?

Inhouse expertise continues to increase and this challenges the consultancy sector. The sophistication of digital and advances in the use of behavioral science and neuroscience is also a threat to “traditional” agencies.

What do you love about the industry?

I will do client work forever, or as long as clients want me to work for them! The work is so exciting and interesting, I can’t see why I would ever want to stop doing it. Also, the people I work with are exciting and I think I’d lose touch with the world if I ever left the office environment.

Working in the Communications practice at Hanson Search, Katie leads the Corporate Affairs and Financial PR team. No shrinking violet, clients and candidates alike know Katie for her tenacious, ‘dog with a bone’ attitude, meaning she leaves no stone unturned in her search approach!