How I made it: Jo Tanner, CEO, iNHouse Communications

How I Made It featuring Jo Tanner, CEO of iNHouse Communications

Hanson Search steps inside the world of iNHouse Communications to interview Chief Executive Jo Tanner for our 'Inspiring Stories' series. Jo shares her career journey, her inspirations and challenges, and advice on what it takes to become a leader in the industry. 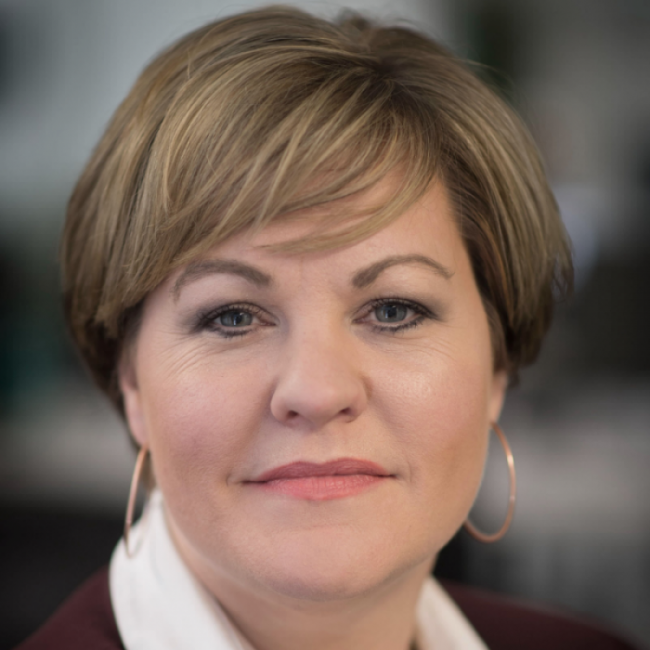 How did you get into the communications and public affairs industry?

I studied journalism at City University before realising fairly quickly that it was pretty brutal and not for me.

I was working on a TV programme during my third year, which was a year out, and applied for loads of jobs, one of which was to work as a researcher for the Tory Party. I didn’t hear back but about three months later I had a call from the media team who asked me to interview for a Press Officer role.

When I went for my interview they asked if I was a Tory voter. I replied that I had voted for Blair in 1997, which made a few jaws drop! They then asked why I was there, and I said that I was the sort of person who should have been voting Conservative – I went to a grammar school and grew up with parents who pulled themselves up into the middle classes. I lived in Ted Heath’s constituency at the time as well. They thought it was a great answer and I got the job!

What do you love most about the industry?

It’s the art of the possible. We are revered and hated all at once in some respects; the suggestion that everything is spin is depressing, but at the same time there are causes and interests that you can bring attention to, issues that without your help as a professional would never get on the agenda. Particularly working in Westminster – for example, I remember working with the Lords on a campaign to save the right to trial by jury - you can address fundamental rights that, for me, are important.

Have you ever had a mentor that has inspired you?

My business partner Katie has always been inspirational - we both had quite tough upbringings and our lives were challenging early on. When we met, I was doing the job that she wanted to do and at the time she was stuck in a role which I helped her to get out of. She then took over my role when I left and had a meteoric rise.

We are a great mix as a duo. I’m very creative and she’s very good at reacting quickly which is important in communications. We’ve got a great yin and yang going on.

When the chips are down, I know she will always come up with the right answer. It’s that sense of confidence that I've always admired.

What’s been your biggest working challenge and how have you overcome that?

Being a woman from South East London and not from an upbringing with many connections meant that I was a complete outsider in Westminster when I started out. It has changed, but 20 years ago as a woman, you were certainly looked upon as the weaker sex.

I have essentially learned on the job and to some extent I think that is a massive advantage. When Katie and I set up the business, it was effectively swimming against the tide as we didn’t have a network to call upon. In comms your network is so important and because I’ve had to build my own, it sometimes feels as if I’ve had to prove myself a bit more than some others.

With the knowledge you’ve gained, what would you advise your 20-year old self?

What are the biggest changes that you are seeing in the industry?

Ensuring that there is a great pipeline of quality, enthusiastic people coming through is a challenge. Recruitment has become a lot more difficult. I love this industry and I would like to see more people involved in the corporate and public affairs sphere.

What things do businesses need to do to change diversity in the workplace?

I think there should be far more trust in employees. There is a new way of doing things and the ability to work from home or remotely is massive.  Flexibility has been really important to me as a working parent and I recognise that it is for my team too.

I don’t think there is anywhere near enough representation of ethnic minorities in the comms industry. I am not sure what we do to change that issue, but it’s important that this industry is seen as one that is open to all.

What do you think it takes to be a leader in the communications industry?

We must be honest and open about what the industry is there to achieve and what it is not there to do. When companies and organisations think that we can solve the world’s problems, we have to speak up. If there’s a problem, it’s their bad practice and not what we do. We shouldn’t be there to cover up something that is wrong or inappropriate. We must act with integrity and not rely on spin.

What do you see as key to creating a positive working environment?

In our business, we operate a very flat structure and I sit amongst the team. My door is always open – I don’t even have a door – and we all make the tea.

We constantly talk to each other which helps with picking up on any problems. That is crucial to really being a part of the team and part of the working environment. Honesty about when things go wrong and when they go right is also hugely important.

What one technology - apart from your phone - could you not live without?

I do really still like Facebook. My working life is very busy, and I don’t always get to see people as much as I’d like to, but with Facebook I feel I can keep up with their lives both personally and professionally. It’s also an opportunity to check in on people to see how they are doing. I like connecting friends who might share the same interests and finding opportunities to expand my network.

Related: How recruiters should communicate at this time of crisis

It's no longer business as usual. The COVID-19 pandemic has affected us all, across the global and across industries. How we communicate and take care of our clients at this time will speak volumes about the ethics and core of our businesses. For recruiters, honesty and a consultative approach are essential.

There are well-documented benefits to allowing employees to work more flexibly – reducing turnover, increasing productivity and giving people more control over their working environment and schedule to meet their other obligations. However, there are some drawbacks to consider.

As the COVID-19 pandemic sweeps the globe, working from home has become essential for all employees who are able to do so. Read on for our tips on interviewing candidates remotely in six simple steps.