'How I made it' featuring Nick Williams, Head of Issues and Public Affairs at Burson Cohn & Wolfe

'How I made it' featuring Nick Williams, Head of Issues and Public Affairs at Burson Cohn & Wolfe

We spoke to Nick Williams, Head of Issues and Public Affairs at BCW (Burson Cohn & Wolfe). With more than 25 years of experience in UK and international public affairs and issues, Nick has been at the coalface of everything from Tony Blair’s meteoric rise to power to campaigns for major corporates.

He shared his thoughts on why leadership is all about being comfortable with the buck stopping with you and why if a day isn’t going to be a challenge, it’s not worth getting up for...

Why did you get into communications?

I completed a masters in Soviet Military Doctrine as the Cold War was coming to an end and I used my defence and security knowledge in order to get a job as an adviser to the then Labour Party Shadow Defence Secretary back in 1993.

It was an exciting time in the Labour Party and then of course, in 1994, John Smith died. I will always remember that day. His office was just above where I worked in the House of Commons and one of his senior advisors came down to tell us the tragic news. Even in the face of this tragedy, discussions about who could take his place began almost immediately with Tony Blair’s name being mentioned within hours. He was the clear and obvious leader.

From that moment on it was a whirlwind. It was a truly amazing experience working as part of the Blair Revolution and handling policy and media for the defence changes made under Blair. The historic 1997 General Election win was a wonderful experience to be part of. Integrated communications at its very best and ahead of its time.

What personal attribute has most helped you succeed in your career?

The ability to listen - but then take clear decisions. The buck stops with me.

What would you say has been the biggest challenge that you’ve overcome?

Every day is a challenge!

Our clients come to us with problems and they want solutions; we’re here to help them find the right solutions. After 25 years I still look forward to it and I find it all extremely rewarding.  In fact, if every day isn’t a challenge that you enjoy, then what’s the point of getting out of bed quite frankly? 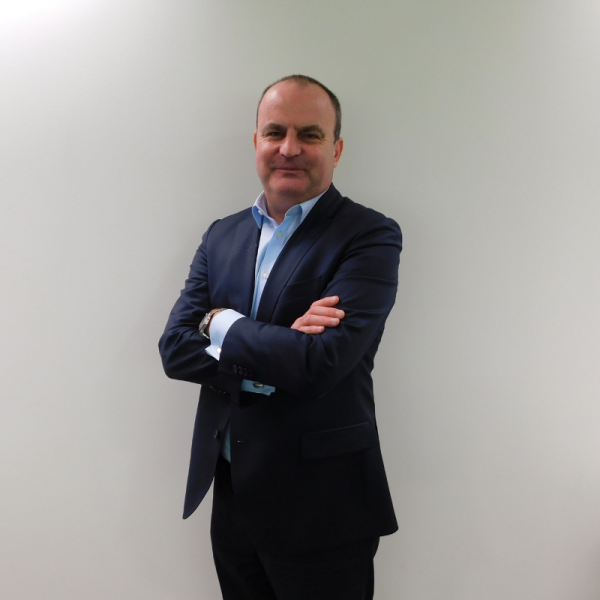 Any crucial moments that changed the course of your career?

The 1997 General Election campaign because it was such a historic moment. I was a senior political adviser on defence and security issues. I worked with amazing people like Alistair Campbell and the first Downing Street Chief of Staff, Jonathan Powell.  It was a fantastic experience.

Who would you say has been the most inspiring person you’ve worked with?

It would have to be Tony Blair: he had such an impact. To my mind he invented modern political communications, was a fantastic leader, and, if that wasn’t enough was a brilliant, natural, communicator.

What is the best piece of career advice you’ve been given?

Always surround yourself with the best people.

What do you think it takes to be a successful CEO/MD in 2019?

The ability to demonstrate leadership, a sense of purpose and to consider all options before making firm decisions. You also have to have fun!

In ten years’ time, what do you think will be the biggest change in the global communications industry?

We are only now just starting to come to terms with the enormous impact that technology is having on all types of communication: it may be trite, but no one could have predicted the rise of Facebook 20 years ago, and technology is moving much faster than that now. Being ahead of the curve and embracing it will be key.

What would you say are the three words that best describe you as a communicator?

If you weren’t in communications what would you do?

The Official Secrets Act would prevent me from commenting…

Working in the Communications practice at Hanson Search, Katie leads the Corporate Affairs and Financial PR team. No shrinking violet, clients and candidates alike know Katie for her tenacious, ‘dog with a bone’ attitude, meaning she leaves no stone unturned in her search approach!