'How I made it' featuring Marie-Laure Laville, CEO at LEWIS France

'How I made it' featuring Marie-Laure Laville, CEO at LEWIS France

Marie-Laure has +20 years of experience in digital and PR communications. Her corporate expertise and her branding experience gives to LEWIS France the power to develop above-the-weight campaigns for the B2C and B2B clients of the agency. She worked for some of the most innovative companies of today’s world such as Prêt-à-Manger, Subway, Huawei, Wiko, Hisense, Hiscox, Robert Half and Bouygues Telecom.

A little by chance, I first started studying architecture but soon I wanted to switch. As my friends thought I was good at organizing events, I went to a school of communication and journalism - The IICP, and I got a master’s degree.

I was lucky to do internships at very prestigious places, and to have to opportunity to work for Lenôtre, Christian Lacroix, Edelman. I worked on a campaign for Badoix, with grands chefs and artists, to customize their bottles for Christmas. I oversaw Press-tours, I worked then on new designs at Thomson.

That’s how I started working in PR. 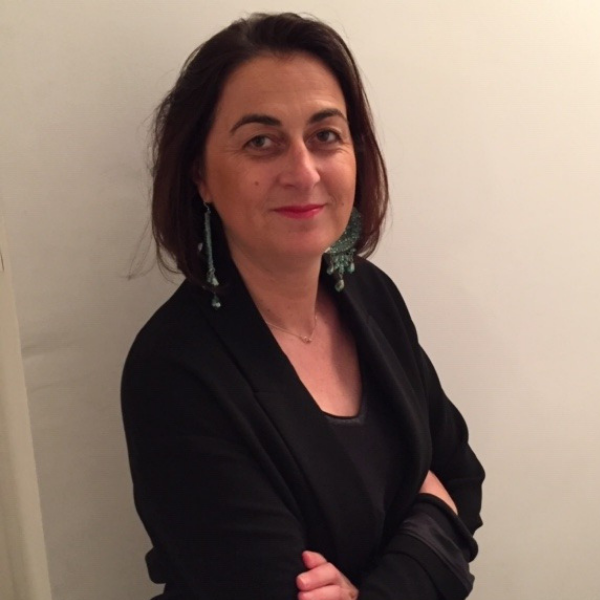 Did you have mentors?

The springboard of my career was the two-year period at Apple where I worked as a Junior Account Executive. I also worked for the French Tennis Federation (FFT) - I was a tennis champion when I was a child.

In 1998, I was contacted by Wellcom, they were looking for Tech profiles, wanted to launch new divisions, and needed a PR consultant.

There, I was trained by Thierry Wellhoff, he led me to the position of Account Director.

He totally trusted me / He had full confidence in me. And he taught me everything, at that time, there were so much to do. I learnt a lot from Thierry. As soon as he trusts his team, he delegates his authority to them, and passes his knowledge and know-how to them. I was very lucky.

What was your biggest challenge?

After ten years at Wellcom, I had developed a lot of divisions. I returned to work from maternity leave - I have three children – and I was contacted by LEWIS through networking and I thought that it was a real challenge for me because LEWIS has an international dimension and I decided to take up the challenge and

I was hired in 2008, to set up the consumer Tech division, and it worked. I was offered to take over the LEWIS France agency in 2011.

What do you think of the evolution of the communications market?

For the last ten years, there has been a complete change in the way we work due to the digitalisation of communication tools, we have entered the digital processing era. Our job had to be completely reinvented, that allows the new generation to have a global vision and new opportunities which are less traditional but more adapted to our world where the internet is 100% part of our lives.

We are on a new, faster and more pro-active approach.

For instance, phone calls or reminders which would have taken a long time before, are replaced nowadays by a simple tweet to contact a journalist, it’s far quicker as journalists are connected 24 hours a day, and more than 74% use it, so, it is a key tool for PR Consultants. Our press-release is then a simple tweet with sometimes more answers than before, and starts more conversations.

All traditional tools take a digital dimension, like a press-kit which used to take weeks to be validated by the client, is now replaced by a company profile, a more pragmatic form, quicker to present to clients. All these tools reinforce traditional tools.

In my book – Les Relations Presse à l’heure du digital – I give figures which explain the evolution of the job, the impact of these tools, for example, a video is twelve times more shared that a written document. In the book, I invite experts and journalists to show the mutation of the job within the office, and also marketing managers who explain their new expectations.

What career advice would you give your 20-year-old self?

Keep in mind that the world changes very quickly, never stop learning, never stop reinventing yourself, you never hold the truth, get your personal networking and contacts, which multiply opportunities.

What do you think it takes to be a successful MD?

If you were not CEO in a communications agency?

Well, I told you about architecture, I also had the project of being a psychologist, but at the time, my parents didn’t support me.

Now, I think my job is more or less connected with psychology, I would say that « PR is the new psychologist of brands. »

It is a rewarding job, there is a lot to do. Agencies recruit a lot, I personally act as an ambassador of the industry in Communication schools.

Varied profiles are needed, such as journalists for example.

Barbara joined Hanson Search in 2018 to focus on developing international partnerships and growing the European market. A French native, Barbara has worked in London since 2013, specialising in media and marketing.