The Women of Tomorrow Awards

Achieving gender equality continues to be a big issue, globally and across industries, and advertising is no exception. Hanson Search has teamed up with the IPA and Campaign Magazine, along with Google, Sky Media, Lida and M&C Saatchi, in support of the Women of Tomorrow Awards 2016.

The awards are designed to find the female leaders of the future, champion exceptional female talent, and shine a light on the staggering gender differences still prevalent in the industry. These differences are exposed in this film by the IPA, which debuted at the awards’ launch in November. The film reveals uncomfortable statistics: 74% of agency chiefs are men; women only apply for jobs they feel 100% ready for while men go for jobs when they feel 60% ready; and women are paid an average £12,000 less than men nationally. Our industry is better at putting women into board-level positions than businesses generally. But those who do make it are often portrayed as ‘superwomen’ - making it more daunting for those following in their footsteps to imagine themselves in their roles. 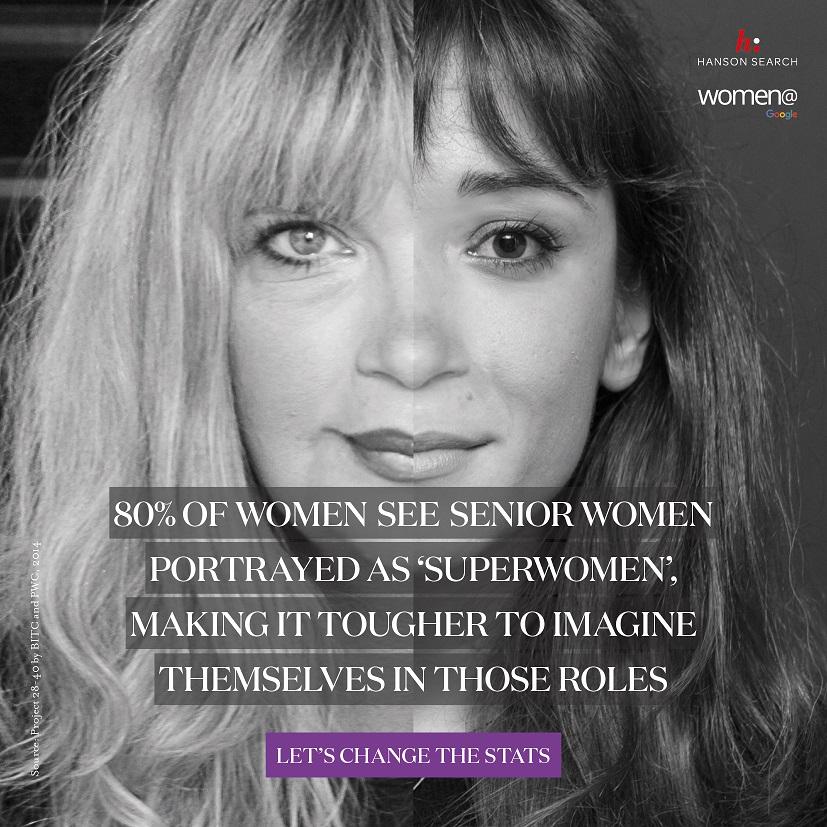 So what is holding women back? There are a number of factors. Many women suffer from ‘imposter syndrome’, leading to a lack of self-belief. Women are often penalized, or considered bossy, when they assert themselves. In general, women ask for around £5-7K less than their male counterparts when negotiating a salary. And studies show that women’s reluctance to negotiate for higher pay has to do with the real “social cost” that it has on them. When reading the social environment, women accurately perceive that “self-advocating would present a socially difficult situation for them – more so than for men.”

Even in this day and age, while it is rarely verbalized, women of childbearing age are often passed over for promotion in favour of male colleagues who won’t need to take time off to raise a family. And when women do take time off to have a child, they often experience a knock in confidence, making it harder to go back to work or to negotiate a good deal on their return. We need to do more to close the gender gap in the creative industries – to empower women to rise through the ranks without having to navigate an obstacle course along the way.

To help in this mission, I am proud that Hanson Search has sponsored the Women of Tomorrow Awards 2016. We’re calling on everyone across the industry to identify themselves, or colleagues, and help us recognise and champion the exceptional female talent working for agencies, media owners or client companies. The awards highlight the great work by women in the middle echelons of management – the next generation of leaders. The Women of Tomorrow Awards enable women to demonstrate their potential and their brilliant contributions to the advertising industry. By supporting these women now, we aim to build an arsenal of female talent rising to the executive level.

Our latest Salary & Benefits Guide has landed! The Hanson Search Talent Landscape 2021 will help you understand up-to-date hiring trends across all areas of marketing and communications.

Related: WEBINAR: Developing your career in Communications while working remotely?

Hanson Search is hosting a panel event on 24th February 2021 with industry experts from leading agencies on how to continue your career journey in Communications and maximise your full potential during these challenging times.