How I made it: Amanda Turnbull, Discovery Communications

How I made it featuring Amanda Turnbull, Discovery Communications

How do you start your day?

Exercise, industrial quantities of tea and a lot of information – not necessarily in that order.

I’m not a morning person, so getting out of bed to exercise is often a struggle but always worth it so that I can start the day with a sense that I’ve achieved something already. 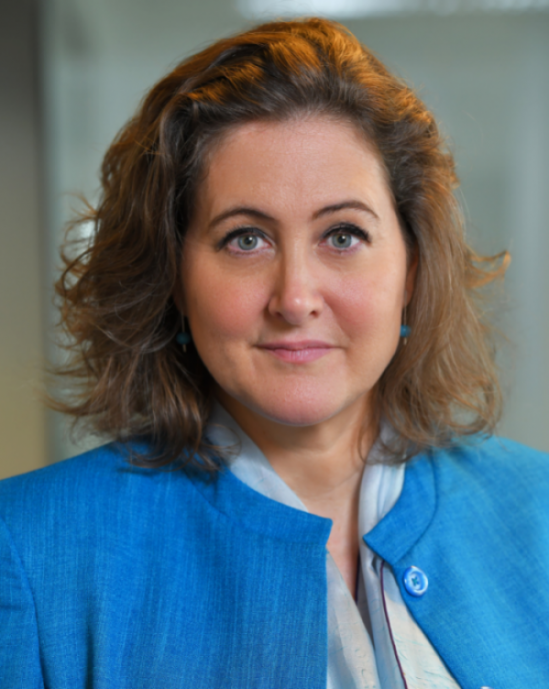 What personal attributes do you feel have helped you to succeed in the course of your career?

For me, it’s about curiosity. If you look at my career, which has been a series of fortunate events, the thing that has always driven me is this curiosity of other cultures and my love of travel.

I started off as a graduate trainee at Time Warner, which was IPC Magazines at that point. I did their amazing graduate training scheme and worked there for a while, but I had this burning desire to travel. It really was an unavoidable case of itchy feet, and so – very ungratefully, given the grad scheme had around 5,000 applicants for 5 places – I walked away. I just had this burning sense that I had to get out and see the world.

18 months later I landed in Hong Kong with a tropical disease and no money. I went to the Foreign Correspondents Club, networked madly and by the end of the evening had a job at a local magazine. I spent 15 years in Hong Kong working for a series of different publishers, most notably Hachette Filipacchi, a French publishing group, subsequently bought by Hearst. Having travelled as a backpacker around Asia Pacific it was quite a different experience to go back to the same countries to launch ELLE and ELLE Decoration with Hachette’s corporate expense account. I then had two children and ran my own consultancy for a while after which I went to work for the South China Morning Post - a client that turned into a full-time role. So, always media but always driven by this love of travel and culture.

What was great about that experience was facing the same business challenge but each time with a different cultural gloss – be it launching in Taipei, Bangkok, Seoul, Tokyo or Hanoi - always the same sort of business challenge but handled differently depending on the location. I found it fascinating and I learnt that it’s important in these ‘emerging’ markets to stay curious and open-minded as you’re never entirely sure what’s coming next. A ‘glass half full’ mentality is important.

I got back to London in 2007 and that’s when I started work for Discovery, again in their emerging markets. I was based in London but getting on a plane every week – again constant travel, new cultures, same business challenges with a different cultural gloss. Always fascinating.

When I had the option with Discovery to take on P+L ownership of a geographical region (MENA), I leapt at the opportunity to again move overseas: I enjoy that long-term expatriate thing.

What keeps you sane on those crazy days?

Tea and friends. I love living in Dubai and I have a great group of girlfriends of all different nationalities, but the one thing we all have in common is that we’re running businesses. It’s an informal network and we’re a great support group for each other – separate from my professional network - and that’s really helpful.

In your professional life, it’s important to be able to ask for help. I see it as a sign of great strength, not weakness. When you’re running a business in these markets, you have to know what you don’t know, and be comfortable with that, and know who to reach out to for help and advice. I’ve built a network of people who can help and advise me. I feel like an entrepreneur with the hugely powerful Discovery brand and heritage behind me; it might not be that way in the more mature markets but here in Middle East and Africa we can be – indeed we have to be - agile and entrepreneurial.

What career advice would you give someone starting out in the industry?

There is so much disruption in the media industry now, you need to be prepared for it to be one thing today as you join, but more than likely something else entirely in 18 months. Flexibility is crucial. It means that you’ll be able to experience a broad range of things.  Stay in one place and stay with an organisation but try to do lots of different things within that organisation so that you learn and have something solid on your resume. Develop some longevity and build a network of people you can reach out to as mentors, but at the same time make sure you give back.

The three words which best describe you?

Realistically, it’s tough sometimes and you need to have the energy and resilience to see things through even if plan A or B or even C doesn’t work out.

What major challenges have you overcome in the course of your career?

Generally, it has been about constant disruption. When I joined Discovery in 2007 we were purely a documentary-based pay TV platform and now we are the number one global content provider of factual entertainment. We’re now in sport and we’re no longer working only B2B with our platform partners, but making a pivot to being a direct-to-consumer company.

For example, we bought Fatafeat, the Arabic language food channel and a loved and trusted brand in this region in 2016. We took it out of free-to-air and put it into pay and took a lot of criticism from consumers. Out of that, however, was borne our social media strategy and we now have a footprint of nearly eight million people through a combination of Twitter, Facebook, Instagram, YouTube, and Snapchat. We’re about to launch an app, we have an academy, and so from what looked like a purely financial decision driven by upfront pay TV revenue, we’ve made a huge digital pivot. We’re now leading the way with this constant and highly-engaged conversation with people via social media platforms.

It’s important to react to challenges in the right way. Do you see them as opportunities to learn and transform, or as something to panic about? It has to be the former.

Any last words of advice?

Ask for forgiveness, not permission. Particularly in heavily matrixed corporate environments, just get on with it or you’ll miss the boat!

With nearly twenty years of experience in search and recruitment and a decade of experience working in MENA, Felice set up the Hanson Search Middle East office to develop our offering in the region. Working across the spectrum of high-level vacancies, Felice has had considerable success across in-house and consultancy roles.